CHICAGO—Taxpayers United of America (TUA) will celebrate its 38th anniversary on June 27, 2014, according to Katie McNeilly, TUA Director of Operations.

“TUA has grown to become one of the largest taxpayer organizations in the country,” said McNeilly. “It was founded in 1976 by legendary activist and noted economist, Jim Tobin. Since that time, we have saved taxpayers over $200 billion in income, property, sales, and other taxes.” 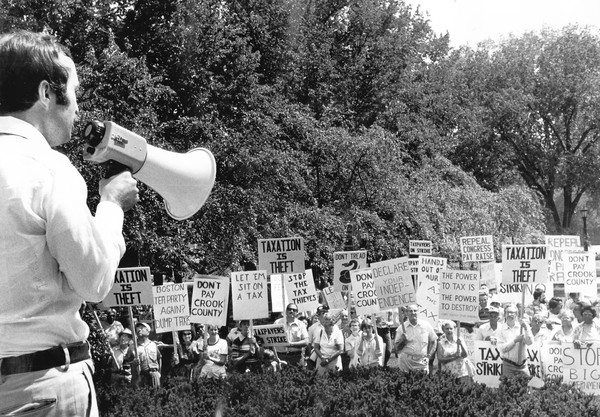 “In 1989, we helped our members defeat Ronald Reagan’s tax increase on senior citizens, the so-called ‘catastrophic’ health care bill. Our members chased U.S. Rep. Dan Rostenkowski, Chairman of the House Ways and Means Committee, down the street, forcing him to take refuge in his limousine. Soon after, the rest of the members in the U.S. House of Representatives got the message and repealed the tax.”

“We are conducting workshops across the country, sharing the methods and tips that Jim Tobin has pioneered in government pension analysis and grassroots tax activism.”

“As our organization continues to grow in size and influence, we look forward to even greater victories on behalf of taxpayers.”